Perhaps it should be called Spamazon.

Until recently, if you had typed “Steve Jobs Isaac” into the online retailer’s search box, the first choice that popped up wasn’t the best selling book by Walter Isaacson, but instead one with the same name and a similar sounding author, Isaac Worthington. The book appears to be selling, even though Amazon’s one reviewer gives the book a single star and calls it a “poorly produced pamphlet.” Presumably, Worthington’s book is based on exclusive interviews with Jeve Stobs.

There are a number of books on Amazon with similar titles to much more popular ones. Fifty Shades of Grey, the steamy romance novel that has created buzz around the world, is the No. 1 selling book on Amazon. Also available on Amazon: Thirty-Five Shades of Grey. Both books are written by authors with two first initials – E. L. James and J. D. Lyte – and both are the first in a trilogy about a young girl who falls for an older, successful man with a taste for domineering sex. The publisher of the bestseller Fifty says the book is “a tale that will obsess you, possess you, and stay with you forever.” The author and publisher of Thirty-Five, which came out in early April, apparently believe that description fits their book as well, word-for-word. Also selling on Amazon is I am the Girl with the Dragon Tattoo and Twilight New Moon. Neither is the book you are likely looking for.

And if you want to buy bestseller Thinking, Fast and Slow on Amazon, be careful where you click. A number of Amazon shoppers looking for the book by Nobel Prize-winning economist Daniel Kahneman ended up with Fast and Slow Thinking by Karl Daniels, which until recently was also on Amazon. Says Kahneman of his doppelganger, “There is no such expert, it’s a rip-off. The comments on it are quite amusing – rather shocking that Amazon allows this sort of thing.”

It’s perhaps more shocking that Amazon (AMZN) not only sells the books, it’s also helping their authors create them. All of the apparent copycat books that Fortune found on Amazon were made through CreateSpace, which is a division of Amazon. Authors can use CreateSpace’s system to design and self-publish their own books. The books then go on sale on Amazon and other sites. Amazon splits the proceeds with authors. It’s a different relationship than most publishers have with their authors, but there is no way for consumers to know that. On Amazon and other sites, CreateSpace is listed as the publisher of the books.

“It’s the book equivalent of spam,” says lawyer Eric Rayman, a former attorney for Simon & Schuster. “Amazon should be taking steps to stop this. It’s bad for consumers and it’s bad for the book business.”

After Fortune contacted Amazon late last week about the apparent fakes, the company removed the pages for the Worthington and Daniels books from its site. A spokeswoman says Amazon is no longer selling the books. Both books, though, are still for sale on other sites with Amazon’s CreateSpace listed as the publisher. An Amazon spokeswoman says the firm has a process in place to detect and remove books that don’t “improve the customer experience.” The spokeswoman said Amazon has rejected or removed “thousands” of books. “We expect to keep improving our approach,” says the spokeswoman. A spokesperson for Simon & Schuster, the publisher of Steve Jobs by Walter Isaacson, declined to comment.

Karen Peebles, who is the author of I am the Girl with the Dragon Tattoo, says she has self-published around 10,000 books through CreateSpace, not all of which are in her own name. “I am a single mother who homes schools her children,” says Peebles, who says she sells “thousands and thousands” of books a month. “Self-publishing is a great way for me to make income. I receive a pretty nice royalty every month.”

Peebles says CreateSpace has guidelines, but they are minimal. Not only has Amazon never rejected one of her books, Peebles says she’s never even been questioned by the online retailer, not even about the one with a nearly identical title to the international bestseller by the late Swedish author Stieg Larsson. Peebles says her book, which she has sold “hundreds, maybe thousands” came out before Larsson’s. It didn’t. Larsson’s book was first published in 2004, and released in the U.S. in 2008. Peebles’ book has a 2008 copyright, but it wasn’t released by Amazon until mid-2010, well after the Larsson book had become popular in the U.S. Says a reviewer who gives Peebles’ book one star on Amazon, “Perhaps I will enjoy the author’s next book, ‘I am the Girl who Played with Fire.'”

Worthington’s Steve Jobs book, like many of the other apparent copycats that Fortune looked at, is oddly formatted. The text on the first few pages of the book, which is all that was available for preview on Amazon, is huge and is similar to the language on the Wikipedia page about Steve Jobs. The back cover of the book has the exact same text. There is no other book by Isaac Worthington for sale on Amazon, and neither the site nor the book has any information about the author. Karl Daniels also appears to be a reclusive one-book wonder. Both the Daniels book and the Worthington book are copyrighted SWI Books. Amazon declined to give Fortune any information about SWI or say whether Amazon sells any other books from the company on its site.

Last week, the Department of Justice sued Apple (AAPL) and five book publishers. According to the suit, Apple and the book publishers conspired to push up the price of e-books. The moves were reportedly made to take market share away from Amazon.

Spam books are a growing problem for consumers and the book industry. Mark Coker, who is the founder of a Smashwords, a distributor of self-published books, says he regularly receives books that are exact copies of other books or a compilation of stuff that is readily available on the Internet. He says his company refuses to distribute these books. Coker says odd formatting is an easy tip-off that a book is copied from elsewhere. Nonetheless, he says he often sees books that his company has rejected show up on Amazon and elsewhere. “I’m surprised Amazon lets books like these go through,” says Coker. “Whoever created these books are obviously trying to confuse consumers.”

← 10 Accounting Mistakes That Could Cost You BigMobile Device Security: Prevent Others from Accessing Confidential Information →

How To Raise Money for Expansion 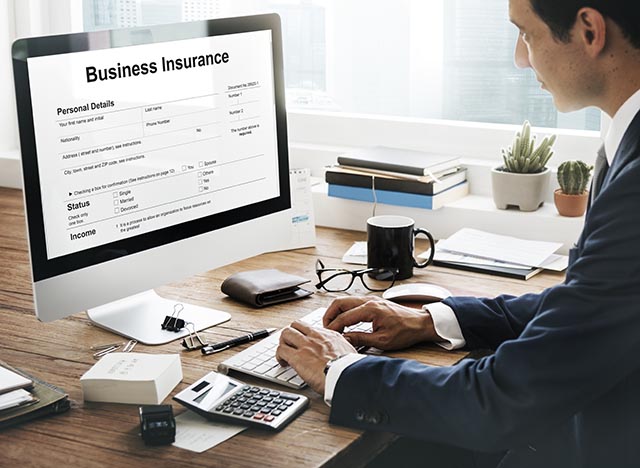 Get A Free Quote
Multiple Quotes For Maximum Savings

How to Find Us